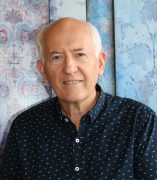 Dr. Robert J. Michet is a general dentist practicing at in Evergreen Park, IL, and Orland Park, IL. He practices with his brother, Dr. Lawrence T. Michet Jr., and sister, Dr. Marilyn R. Michet; both Dr. Lawrence Michet and Dr. Marilyn Michet graduated from the Loyola University Chicago School of Dentistry. Their father, Dr. Lawrence T. Michet Sr., also was a dentist (Loyola ’46). Dr. Robert Michet has been a member of the American Dental Association, the Illinois State Dental Society, and the Chicago Dental Society since 1978. He is an active member of the Englewood Branch of the CDS, and has held all of the branch’s executive offices, including President. Dr. Michet also is a Life Member of the University of Illinois Alumni Association.