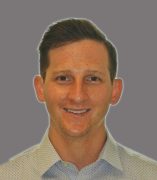 Dr. John Lorenz was born and raised in Libertyville, Illinois. In 2013 he graduated with highest distinction from the University of Iowa with a degree in neuroscience. He then attended the University of Iowa College of Dentistry where he obtained his D.D.S. and was inducted into the Omicron Kappa Upsilon, National Dental Honor Society.

Dr. Lorenz has spent the last five years serving as a Captain in the United States Air Force. His military career first brought him to David Grant Medical Center in California, for a one year Advanced Education in General Dentistry Residency. After California, he volunteered for a one year deployment in southern Turkey.  During this year he was awarded the base top company grade officer of the quarter for his work as a dentist and military officer. Dr. Lorenz concluded his military career with a three year assignment at Ramstein Air Base in Germany, where he practiced general dentistry and led multiple military operations and teams.

After 4 years of traveling abroad, Dr. Lorenz is excited to have finally returned to his home state of Illinois. He looks forward to spending time with family and friends as well as enjoying Chicago’s international food scene and storied sports franchises.